LIB exclusive: How Teebillz nearly killed himself this morning – he tried to jump off the Lekki-Ikoyi toll bridge

LIB exclusive: How Teebillz nearly killed himself this morning – he tried to jump off the Lekki-Ikoyi toll bridge 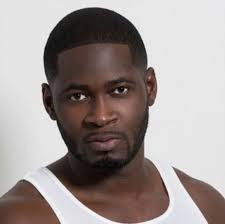 When Teebillz shared his suicide note this morning on IG while pouring his heart out about the demise of his marriage to Tiwa Savage, many of us thought/hoped he was just talking, but he wasn’t. Tunji ‘Teebillz’ Balogun tried to commit suicide this morning by jumping off the Lekki- Ikoyi toll bridge and this is fact!

According to an eye-witness named Chukwuma Ani, who witnessed the incident and was one of the men who pulled Teebillz off the bridge, he told LIB exclusively that around past 9 this morning while driving on the Lekki-Ikoyi toll bridge, a car hit his own from behind, damaging his car. He said he came out of the car and approached the driver of the vehicle that hit his. He didn’t know who the man was (it was Teebillz) but he said he berated him for hitting his car and asked the man to come out and assess the damage caused to his car. The man looked at him and told him to leave…that he was there for a reason. That he was planning to commit suicide and Chukwuma Ani would hear about it later…

Not knowing who the guy was or understanding why he was talking suicide, Mr Ani said he kept insisting that the driver must come down from his car and see the damage he had caused to his car. He said he noticed alcohol on the floor of the driver’s car so thought the man was drunk. He said while shouting and berating the driver for hitting his car, the guy just suddenly drove his car with speed to the front.

Ani said he got into his own car and gave chase and was surprised to see the driver of the car parking his car in the middle of the bridge as other cars drove past. He said he parked in front of the driver and approached the man again, telling him that he couldn’t even apologize for hitting his car and was instead trying to drive off. He said as he was berating the man, he (Teebillz) got down from his car and walked to the bridge railing.

He said he stood there wondering what the driver was trying to do and it was at that point that two other cars approached them. He said as he was trying to figure out who the new comers were, Teebillz had moved to the bridge railing and was trying to jump. He said a light skinned guy came out from the first car and began running towards Teebillz screaming and that was when he realized what was going on..

“I thought I was watching a movie” Ani told LIB “the man held the railing and tried to jump over it and that was when the yellow man held him and started shouting for help. The two of them nearly fell into the water. I quickly joined the yellow man to pull the guy out and while we were struggling with him one PSquare twin (Peter Okoye) and Banky W joined us to pull the man out ” Ani said

LIB called Peter Okoye to confirm he was there but he refused to say anything “Even if I was there, I can’t say anything about it” he said.

We hear Teebillz is doing okay now and is surrounded by family and friends. People need to take depression seriously in Nigeria – a lot of people are so depressed and struggling and don’t usually have anywhere to turn to for help. Hope he gets better.